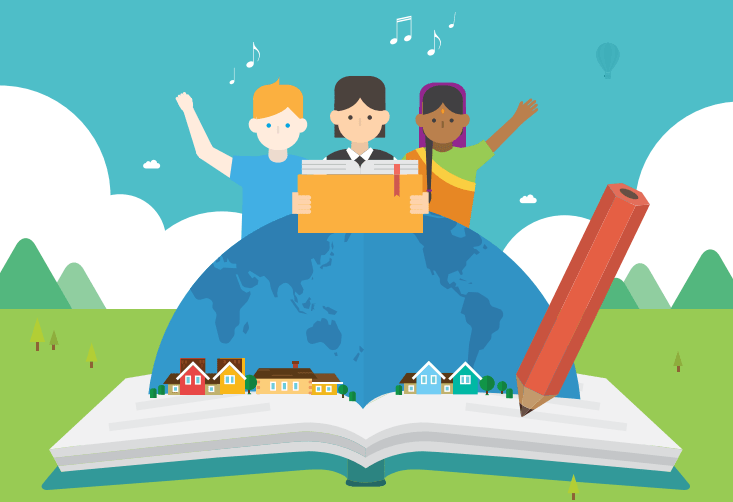 Why was an education for citizenship implemented in Europe? It all started in 2002 when the Council of Europe recommended this subject, ensuring that its implementation guaranteed that citizens understand and channel essential values ​​for the development of society; mainly principles such as justice, tolerance, and freedom. Likewise, people will defend these notions together with the Rule of Law and Human Rights.

With citizenship education, the aim was for students to become active citizens who could integrate into society while promoting the values ​​of the nation. It was a subject that originally sought for students to gain knowledge and improve their attitudes and skills.

The education for citizenship subject is present in many of the member countries of the European Union. The subject can be found in the school curricula of approximately 20 or more European nations.

The common thing is that it was taught for students belonging to secondary education. In Spain, it began to be given from primary school with a number of teaching hours of 8.3h, while in secondary school the total number amounted to 35h.

Perhaps the latter was part of the origin of the controversy that was generated in the years following its implementation. For its part, the European Union insisted that the subject was extremely beneficial as it taught and developed critical and political thinking, analytical skills, social and community commitment, among others.

However, it must be taken into account that each country focused on and adapted these objectives in accordance with the provisions of their respective educational authorities, laws, and values. Thanks to this we can see that although it is a subject implemented in many countries, the content and teaching approach can vary in many or all aspects.

In 2006, during the government of Rodríguez Zapatero, the Spanish Parliament approved, in accordance with the Organic Law of Education, the implementation of the subject Education for Citizenship and Human Rights for primary and secondary education.

Royal Decree 1631/2006 indicated that the subject favored the development of free and upright people by strengthening aspects such as responsibility, self-esteem, personal dignity, etc .; all this in order to form future respectful and supportive citizens who can exercise their rights and fulfill their duties effectively.

What were the contents that we could find in the matter of education for citizenship?

The first regulation that came out on the educational contents that would be seen in the education classes for citizenship was in Royal Decree 1513/2006 that was established on December 7; it revealed that it would only be implemented in the last cycle of primary education with teaching hours of 8.3 hours.

Likewise, some of the titles that would be seen in each educational block were shown. Block 1 was called Individuals and interpersonal and social relationships; block 2, meanwhile, was named community life and the last block was known as living in society.

The second regulation came in that same year, more specifically on December 29 with Royal Decree 1631/2006. Unlike primary education, secondary school students would see the education for citizenship subject throughout the educational cycle, with teaching hours of 35 hours. It covered all secondary education, therefore it includes the baccalaureate and Compulsory Secondary Education better known as ESO.

Block 1 was called respectful approach to diversity, the next one was named interpersonal relationships and participation; the third block was Citizen Duties and Rights, the fourth block was the democratic societies of the XXI century, and the last block was named citizenship in a global world

Something to keep in mind is that before this subject there were subjects that sought to train citizens from an early age, some of them were Knowledge of the Environment and Ethics. On the other hand, practical activities, sometimes recreational, were also carried out to give these types of social lessons.

Why did citizenship education generate so much controversy?

There are many factors why this subject was rejected by parents, teachers, and religious authorities. One of the reasons is that this matter was implemented without the agreement of all social and educational agents. In fact, before its approval, some of the organizations and academics raised their voices against the proposal.

After its approval, there was great educational and civic resistance. More than 55 thousand parents and students objected against the matter; the problem was that with this last group some educational authorities took somewhat extreme measures, even going so far as to prevent promotions.

To all this was added that several sectors assumed that education for citizenship was, in fact, a way in which the state could alter the moral and political education of citizens at an early age; all this to guide the will of young people towards a specific political thought. That is, they believed that the subject was designed to indoctrinate children.

For its part, the Catholic Church declared that the matter was created to support totalitarianism; in fact, Antonio Cañizares, the archbishop of Toledo, explained that it was an attack on the family institution and that the educational centers that taught it collaborated with evil. It should be noted that not everyone was against the measure but controversies had already been generated.

After several years of social disapproval, questionable statements, verbal confrontations and controversies of a political nature, on January 31, 2012, the Minister of Education, Culture and Sports, José Ignacio Wert, declared that education for citizenship would be eliminated and replaced by the Constitutional Civic Education.