Educational systems affect the skills acquired by people in their growth and professional life. Here we tell you which are the best in the world. All mothers are concerned about the learning  of our  little ones .Therefore, we are always insistent with the hours of study, homework and behavior of children in classes. However, education is not the same in all countries. There are nations in which the educational system is carried out in ways that you would not even imagine . The techniques vary, as do the objectives and quality of the study. Today, we can know which are the best educational systems in the world thanks to the Pisa tests.

Through them, the effectiveness of education in each country is measured. Here we will explain how the  best educated children on  the planet study. The formulas of school success are varied and depend on a combination of multiple factors: teacher training, the inclusion of technology in the classroom, emotional containment, among many other issues, and all this under the wing of economic investment as a bet strong to the future.

Taiwan and Finland: fourth and fifth best educational systems in the world

Taiwan  is booming and proof of this is that they have surpassed the Finns, who had until the last years the most complete learning system on planet earth. The  Taiwanese  state invests a large part of its budget in the instruction of the  little ones .Each child is evaluated in depth, with the intention of discovering their personal talents and empowering them. In addition, academic exchanges are encouraged on this island.

For its part, Finland has lost ground but its teaching is a model to follow . The  little ones  learn by playing and singing, so stay motivated throughout the process. Remember that these children manage to understand more than 5 languages. The Finnish educational model is one of the protagonists of the great documentary by Michael Moore “What did we invade now?”. This model is characterized by being demanding in one aspect but more flexible in another. The students have 5 hours of classes and do not take homework, so the children have a lot of time to use in extracurricular activities that stimulate and seduce their individual interests. The halls have play areas and are decorated to stimulate creativity to the maximum. No gray rooms and bars.

The educational model of South Korea is characterized by managing an environment in which high competitiveness among students is promoted. It is very strict and rigorous. One of the principles that govern this system is to stimulate study as a means to achieve the economic growth of the country. Its motto is: “If you are the first in the class, you will be in life”. The results obtained are positive. The government allocates almost 7% of GDP to education. What is criticized in this system, supported by the high levels of demand of South Korean society in all areas, is the stress and competitiveness that sometimes leave aside other emotional issues that are also important for the development of healthy children, active and happy

Japan: One of the millennial educational systems 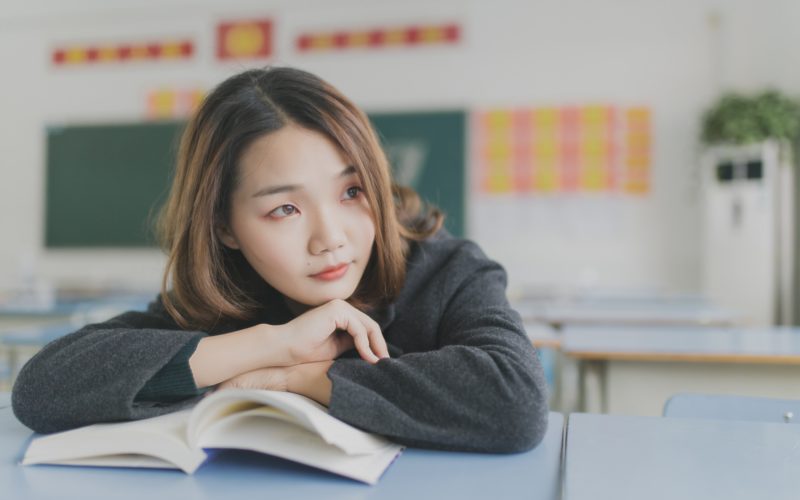 In Japan, the teaching  has been a form of cooperation between similar since the days of the samurai . It has adapted to every adversity that society has had to face. The public and the private join to have the best. There, basic education is public and obligatory, but of quality . Children learn English from small and in high school, children can choose up to 4 elective subjects of their choice that will help them embark on their profession of the future.

Tracking the skills of each child is amazing, so the young identify their strengths at an early age. Entering a university is difficult, and the competition is really overwhelming .

This system, like the South Korean one, is characterized by a high degree of competitiveness among the students. Many hours are studied and homework is usual. The peculiarity is that, in addition to attending classes, students have to perform service tasks within the school and in the city. This instills in them a great appreciation of work from a young age and a sense of community. Multiple cultural and artistic activities are developed and focus on the ability to solve problems with critical judgment. Education is mostly public and free.

Holland invests in education, private schools receive state funds to exercise their educational work. Among the pillars are: the equalization of all economic sectors and ethnic groups through technology (everyone has access to the digital world); the development of the critical sense; cultural promotion and learning of other languages. More than memorizing, “learning to learn” is taught. Encourage collaboration, independence and the use of technologies and the playful way of approaching the subjects.

Students have the possibility to have their classes taught in French or English, thanks to Canada being considered one of the leading countries in bilingual education. Children study compulsorily from 5 or 6 years and up to 18. They give personalized attention to immigrant students and focus on the acceptance of diversity in the classroom. Social and emotional education aims to prevent situations of aggression and bullying. Canada has one of the highest graduation rates of universities in the world.

British Prime Minister, David Cameron (3rd L) engages with students during a Design & Technology lesson for a class of Lower Secondary School at the Commonwealth Secondary School on July 29, 2018 in Singapore.  Prime Minister, David Cameron is on a two day official visit to Singapore, the second of his four nation tour of South-East Asia, to secure trade deals and foster political alliance to counter the Islamic State group.

This year his students managed to ascend to the first position, which is almost always occupied by Finnish children. The  Singaporeans  are renowned for having a very good and complete education .

In this country merit is rewarded, so participants are trained to stand out and add value to their work. This makes that there is a lot of individuality and competence; Without a doubt, the motivation of the children is really surprising.

Instruction is bilingual up to the basic level and multilingual in high school. Also, being a teacher in  Singapore  is equivalent to earning an engineer’s salary. The applicants carry out  many tests and have  a quite important social status.

Estonia is a knowledge society

One of the educational systems that has climbed positions in an amazing way is that of Estonia. In this country, education is understood as a system where the home, the community and the school must be connected. Estonia was one of the first nations to implement digital classrooms. Children undertake learning tasks   even from their homes. The techniques used for teaching are diverse and education is fairly egalitarian.

Another vital aspect has to do with the orientation of students when choosing a profession. For the most part, Estonian students specialize in engineering, medicine and law, careers useful for social development.

Finally, the Asian countries were left with the first positions in the ranking of the best educational systems in the world according to Pearson, an editorial and educational company. This ranking was based on international exams and data on education, in addition to the number of graduates of institutes of higher education. As the years go by, societies around the world face new and perhaps more sophisticated challenges. With more than seven billion people, a permanent tendency towards urban concentration, and factors such as hyper-connectivity, new social problems are born that, unfortunately, are linked to those that we have traditionally brought, for example the inequality of resources and opportunities. But despite the fact that the context is changing more rapidly than ever, everything indicates that education is the fundamental engine for responding to new and old challenges .